RICHMOND, VA –  Governor Glenn Youngkin today announced that Amazon Web Services (AWS), an Amazon.com, Inc. company (NASDAQ: AMZN), plans to invest $35 billion by 2040 to establish multiple data center campuses across Virginia. Numerous localities in the Commonwealth are under consideration and will be decided at a later date. These new campuses will combine expandable capacity to position AWS for long-term growth in the Commonwealth. Amazon is among the largest private-sector employers in the Commonwealth of Virginia, establishing its first AWS data centers and operations facilities in 2006 and later announcing its second headquarters (HQ2) in Arlington in 2018. This announcement of planned investment will create at least 1,000 total new jobs across Virginia. 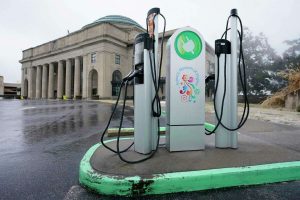 The committee vote marked a critical juncture in the GOP repeal effort — one of this session’s highest-profile environmental debates. While there are still similar measures expected to advance through the Republican-controlled House, they would eventually land before the same Senate committee for a vote. 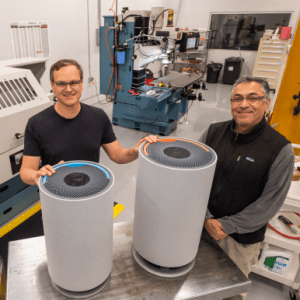 By the end of 2023, portable air purifier maker Oransi hopes to have products on the market designed and manufactured in its new Radford facility. 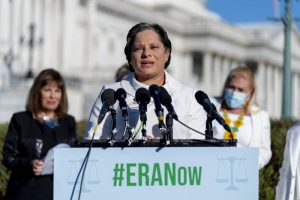 Jennifer McClellan won the nomination with 23,661 votes in Tuesday’s firehouse primary over Sen. Joe Morrissey, who netted just 3,782, and two other candidates. She will be the overwhelming favorite in the heavily Democratic 4th Congressional District when a special election is held Feb. 21. 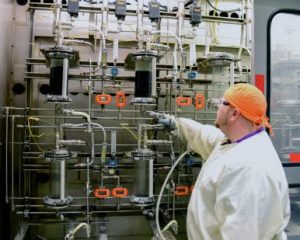 Lynchburg-based BWX Technologies Inc. has begun producing the nuclear fuel that will power the first microreactor built and operated in the United States, the company announced Wednesday.

BWXT will manufacture a nuclear core for Project Pele under a $37 million award from the Idaho National Laboratory, as well as tristructural isotropic particle fuel, known as TRISO, for additional reactors and coated particle fuel for NASA.

The company is the maker of popular snacks like Oreo cookies, Ritz crackers, Chips Ahoy! and Sour Patch Kids.

The 450,000-square-foot center in Henrico is split between spaces that are controlled for climate and humidity and ambient space. The new building brings 80 new jobs with it and will help reinforce the company’s cookie and cracker bakery located off Laburnum Avenue. That plant primarily produces cookie and cracker products like Oreo and Ritz.

Experts say Virginia is capable of building a small modular nuclear reactor today if approvals were in place. Here’s how.

Small modular nuclear reactors are about a third of the size of typical reactors. There are no SMRs operating in the U.S., but experts say Virginia is equipped to build one if approvals go through.

A circuit court judge is upholding the attorney general’s withholding of a document that purportedly claims it’s not the Youngkin administration’s purview to remove Virginia from a multi-state carbon market.

Environmental group Appalachian Voices then filed an unsuccessful Freedom of Information Act request, and later an August lawsuit to obtain the document. On Nov. 30, Charlottesville Circuit Court Judge Richard Moore upheld the withholding of the document.

WILLIAMSBURG, VA – The Virginia Manufacturers Association (VMA) celebrated its 100th Anniversary Gala at the Williamsburg Lodge on November 18, 2022. Governor Glenn Youngkin was the headliner.  A “Century of Service” video about the VMA was screened, a new VMA logo was unveiled, and a private label “VMA CentenniALE” beer, VMA branded cigar, and custom fabricated holiday ornament were given to attendees.  VMA Chairman Larry Souverielle presented founding members with custom manufactured Founders Awards.  VMA Treasurer Julia Jones and WiM Virginia Chapter Chair Brenda Clarke presented Adair Maynard with the “WiM Virginia Woman of the Year” Award. Dorene Billingsley was honored for her induction into the Women in Manufacturing Hall of Fame.  VMA President and CEO presented Kimberly Noonan with the Frank Armstrong III Service Award and promotion to WiM Virginia Chapter Executive Director. Vassey also presented VMA Chairman Larry Souverielle with an award for his service ending in 2022.  The VMA 100th Anniversary Gala was truly a celebration of its past, present, and future. 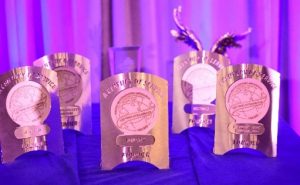 The VMA is one of only a few organizations to reach the century milestone but is especially unique to have founding members still leading the organization.  Founder Awards were presented to AdvanSix, DuPont, Newport News Shipbuilding, Vaughan-Bassett Furniture, and WestRock. The awards were custom designed and manufactured by SON Metal Fabrication in Hanover County to honor the founders’ 100 years of leadership in the VMA.

“It is an honor to recognize our Founders for their service to and leadership in the VMA, the manufacturing sector, and the Commonwealth of Virginia,” said Larry Souverielle, General Dynamics (VMA Chairman).

Governor Glenn Youngkin gave an uplifting speech about the manufacturing sector’s unique role in helping to shape the Commonwealth.  He congratulated the VMA and its leadership.

“Since 1922 you have been industry’s leading advocate,” said Governor Glenn Youngkin.  “I deeply appreciate your commitment to the Commonwealth… together we are going to deliver amazing things.”

Adair Maynard, Marketing Excellence Specialist – Chemical Intermediates, AdvanSix was presented the 2022 WiM Virginia Woman of the Year Award. The award is given to the individual that achieves the highest total points scored in the WiM Virginia Outstanding Leader Program that has four pillars of excellence: Professional Development, Events & Community Engagement, Mentoring, and Youth Outreach.  Adair earned 107 Leadership Points – most notably completing the WiM Leadership Institute for Women, the WiM Virginia Mentoring Program, and will be completing a master’s degree in computer science from VCU in December.  She will be joining the WiM Virginia Leadership Council for the 2022-2023 term as the Co-chair of the Professional Development Pillar.

Dorene Billingsley was inducted into the Women in Manufacturing Hall of Fame. 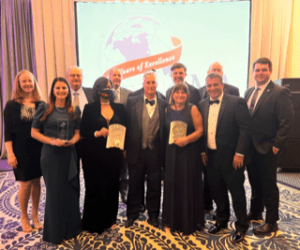 Billingsley is a former VMA Director and AdvanSix executive.  She recentlyretired and was nominated by the WiM Virginia Chapter.

“Creating more opportunities for women in manufacturing is a strategic objective for the VMA,” said Julia Jones, Newport News Shipbuilding (VMA Treasurer).  “Recognizing amazing talent and professional achievements is essential to our WiM Virginia Chapter programs and we are so proud to recognize Adair Maynard as the WiM Virginia Woman of the Year.”

Kimberly Noonan, VMA Member Services Director, was presented with the Frank Armstrong III Service Award – one of the VMA’s highest honors.  The award is presented to a leader that has made a significant and permanent impact on the VMA or the manufacturing sector.  Kimberly was the driving force behind the VMA’s event and member services transformation throughout the COVID-19 pandemic and she is the cofounder of the Women in Manufacturing (WiM) Virginia Chapter.  The award is named after the longest serving member of the VMA Board of Directors – serving nearly 40 years. This is the only time the award has been made to a VMA staff member. 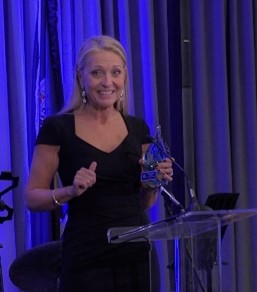 “Kimberly has made an indelible mark on the VMA,” said Brett Vassey, VMA President & CEO. “Members will benefit for decades ahead from her commitment to expanding member engagement and developing the next generation of female leaders in manufacturing. I am incredibly proud to present her with this award and name her Executive Director of the WiM Virginia Chapter on behalf of the VMA Board and Membership.”

VMA Chairman Larry Souverielle was honored for his 2021-2022 service.  He received a golden eagle award.

“Larry’s service was defined by a pandemic, two of the hardest political years imaginable, and ensuring the VMA’s financial security for the next decade,” said Brett Vassey, VMA President & CEO.  “He has been a steady rock for this organization and a good friend.”

The new VMA logo and style guide were presented to commemorate the adoption of the new VMA Strategic Plan (Vision 2027) that will guide the association into the next century of service.  The logo was designed as a contemporary and flexible style that more clearly expresses “manufacturers” and incorporates a richer color palette supporting a “Made in Virginia” theme that will be used in all future digital and print media.

The VMA videos, “A Century of Service” feature past and current members, staff, and leaders discussing the role of the VMA in shaping Virginia’s competitiveness for 100 years.  It is a digital “time capsule” that has been opened for all to see.  To view the videos, go to the VMA Webinar Library.

The VMA develops and advocates for constructive public policies and supports a broad array of business services and programs to help ensure that Virginia manufacturing companies can be productive, profitable, and competitive in Virginia. Virginia’s 6,000+ manufacturers employ over 230,000 individuals, contribute $46 billion to the gross state product, and account for over 80% of the state’s exports to the global economy. For more about the VMA, please visit www.vamanufacturers.com.

No comments by VMA